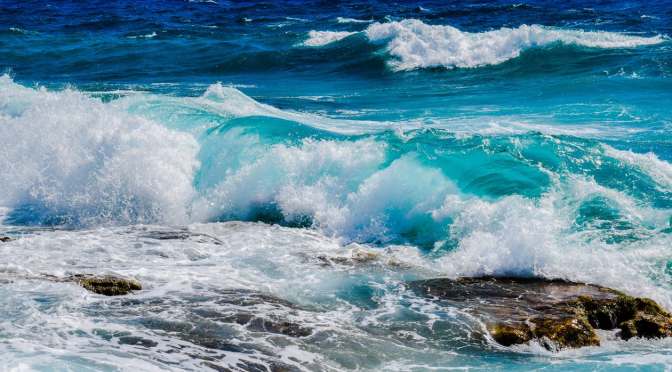 I wrote this poem sometime back, when I was inspired by some lectures I attended and some literature I read. As Didiji says, God is the inspirer and we are the inspired. There are some notes towards the end of this poem revealing some finer aspects. I hope you enjoy this poem. If you want to read the other poems that I occasionally write, please visit my page: http://lekhan.wordpress.com

TWO FISH AND THE WATER-BEARER

Once upon a time, in the distant land of many a aeon,
Filled with golden walls and floors, was a rich pavilion;
A beautiful garden as vast as the sky’s canopy,
In it’s middle, a small pond with a red water lily.

In the waters of the pond, were two little fish,
Swimming in opposite directions, full of bliss;
Rejoicing on a transcendental plane of the dream state,
Of earthly hurries and worries, no notice they take.

One is peaceful, like water, sparkling blue,
The other vibrant, like sun, with a brilliant hue;
Calmly active and actively calm,
In joy they coexist, to each other causing no harm

Now, now, you may think all is well with story,
With the two little fish happy, dreamy, full of glory;
But, the story starts with their sole dream,
Dreaming of which, they have a joyous beam.

In their tiny minds and hearts, very deep within,
Lay a bundle of memories, which no eye can see;
Full of beauty of ‘That’, narrated by their kith and kin,
That filled them with longing, like for a flower, of a bee.

It’s the vast womb of beauty and variety, the ocean,
Bearing in herself, the resplendence of its creation;
Of octopus, tortoise, pearls and mermaids,
Gleaming with numerous tides on all its sides.

With this ocean, the two little ones long to unite,
The only thought for them, day and night;
But who can understand the language of their mind,
Except for the fairies who, on the stars, abide;

And as a boon, they sent a water-bearer,
Lotus-eyed, charmingly blue-colored, like ocean and sky;
An earthern pot in hand, with fresh, pure water,
Wise and energetic, came from the heavens high;

At the pond, kneeling down before the little ones,
“O my sweet darlings!” He uttered in soft tones;
“What is that you dream of, share it with me,
For I, with all my soul, promise to help thee”.

“O pot-man, we surmise you are not from this land,
Surely, a gift sent from the heavens so grand;
Thou a savior to us, with your heart-felt promise,
Please take us to the ocean, which we so miss.

The water-bearer closed his eyes lost in thought,
“How to give the little ones, a fresh new start?”
The third eye of wisdom poured-forth action,
Firm, he became in fulfilling their passion.

The water-bearer and the two little fish,
Started out their journey, that is not easy to finish;
Traveled over high mountains, villages and forests,
The fish safe in the waters, the feet of bearer full of blisters

Thus, the water-bearer walked for ninety days and nights,
Pain has inflicted his body, his vigor is doubled though;
Withstanding the night’s severe cold bites,
Together, they reached the ocean’s trough.

“My little ones!” He said to the sleeping fish,
“Wake up and behold! Your dream has come true”;
The two fish opened their eyes in the night, so bluish,
Rejoicing in the wonder-filled ocean’s hue.

The water-bearer knelt down near the waters,
And poured the water from his pot into the waves;
‘That’ water, which wipes away all the pasts,
And gave the two little fish, new lives.

“O water-bearer! How can we thank thee?
For your compassion and kindness to us;
You shall always remain a dear friend of the sea
For all the generations to come”.

“You shall rule the hearts of those,
Who value equality and freedom;
This is the only boon we can bestow,
For you, who are a symbol of wisdom.”

Saying thus, the little fish, dived into their mother’s womb,
To explore the beauty of the vast expanse;
This tale remains in the hearts, for the days to come,
Of the friendship between fish and water-bearer, in abundance;

I told Hari sometime back that I would write a poem for him and dedicate it to him. Thus, the writing of this poem started. Of course my intention was to write a good poem, but it was very difficult to get an idea. And suddenly I got some impetus and inspiration to jot down few lines. And then when the writing has progressed, I had added many different perspectives to it. I am not sure if these are clearly put in words. So I will try to explain.

Hari’s moonsign is Aquarius – The Water- Bearer. This sign is represented by a man with a pot in his hand. Aquarius is symbolic of wisdom, freedom and humanity. My moonsign is Pisces – represented by two fish swimming in opposite directions. Generally these two fish symbolize two different sets of features complementing and supplementing each other. This can be observed from the expression, “One is peaceful like water, sparkling blue; The other vibrant, like sun, with a brilliant hue.” Though I started with a personal view, I did not make anything personal in this poem. This poem is completely impersonal. Hence, I do not represent the two fish and Hari does not represent the pot-bearer.

Now, coming to the meaning, this is a simple story of two fish longing to unite with the Ocean, and which are aided by the Pot-bearer. Ocean – with all its beauty – is that indescribable God, with which all of us want to unite, deep within our hearts. It is an established fact of the Bhakti philosophy, that if the devotee thinks about God, day and night, and advances one step towards God, then God advances towards him with ten steps. When we have sincere longing to unite with God, then we are provided with the means to achieve that. The two fish had this constant desire of uniting with the Ocean, day and night. This can be understood from, “With this ocean, the two little ones long to unite, The only thought for them, day and night;” The advance of God is represented through the boon of the water-bearer, the satsang according to our scriptures.

I specified that the water-bearer is “lotus-eyed” and “charmingly blue-colored”. As you know, all of our scriptures describe Rama and Krishna as the lotus-eyed and blue-colored personifications. Hence I described this pot-bearer also having the same features. Now, the fish did not/could not do anything to unite with the ocean, except remembering it day and night with a pure and strong longing to unite with it. It is the pot-bearer who underwent the difficulties. “The fish safe in the waters, the feet of bearer full of blisters.” Similarly, when a person turns Godward, everything is taken care of. This can be understood from the lives of many saints, in which God has taken form and removed the troubles of his devotees – Bhakta Prahlad, Meera Bai, Narsinh Mehta, etc. The waters of the pot-bearer are symbolic of the knowledge and wisdom which separated the fish from the stagnant waters of pond built in earthly and extravagant richness, which we can call as the material world in our lives. “Filled with golden walls and floors, was a rich pavilion; A beautiful garden as vast as the sky’s canopy.” It is only through the wisdom and knowledge imparted by God, that anyone can experience him. This wisdom is represented as the waters which the pot-bearer carried in his pot. “‘That water, which wipes away all the pasts”. The task of taking the fish from this material world to a bigger, beautiful world is accomplished by the water-bearer.

Well, I hope you enjoy it and if you think that this is a very abstract meaning, well, even then, I hope you will enjoy the story as is.

2 thoughts on “Two Fish & their Surrender” 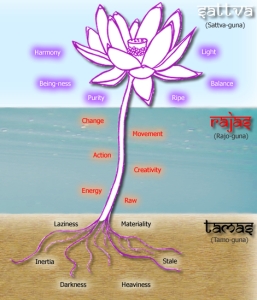 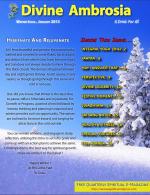 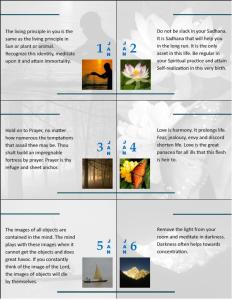 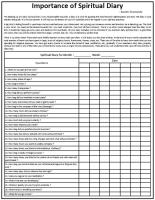 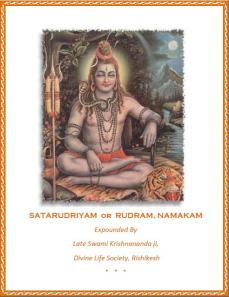